The Marriage Bed Of Henry VII And Elizabeth of York 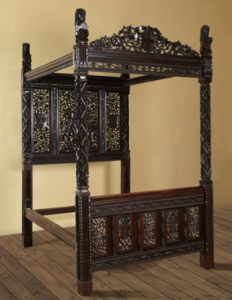 After being found in the honeymoon suite in a hotel in Chester in 2010, a “nineteenth century” antique bed was auctioned there. 8 years of historical research, scientific testing and artistic analysis reveals the improbable truth that it was the marriage bed of Henry VII and Elizabeth of York. The speaker has spent 6 years studying this national treasure. 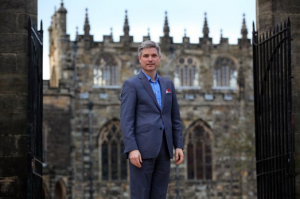 Dr. Jonathan Foyle was Chief Executive of Old World Monuments Fund Britain for 8 years. He has also been the curator of Historic Buildings at Hampton Court. He is a feature writer for The Financial Times on architecture, history and craft. He has published books on various cathedrals and is a presenter of numerous television series including BBC4’s Henry VIII.